&nbspWith the increasing need for efficient, energy-saving, and environmentally friendly procedures, adsorbents with tailored structures and tunable surface properties have to be found. To make an informed choice of material for a given application, one must first have knowledge of its adsorption behaviour as a function of molecular composition and morphology. My aim is to provide new insights for material design with a computational investigation of adsorption and diffusion processes in porous materials. As adsorbents I will focus on zeolites because of their high stability and on MOFs because of their structural diversity and versatility. As adsorbates I am interested on chiral molecules such as ibuprofen or limonene (separation of chiral enantiomers), volatile organic compounds –VOCs- (control of VOCs emissions from industrial processes), water, alcohols (solvent dehydration), carbon dioxide and methane (production of cheap and clean fuel from natural gas). The central focus of this research is that computer simulations can be used not only as a screening tool for known structures, but they can also provide structural design guides even before experimental synthesis. My approach is to perform a classical simulation study to identify the effect of the geometry and the chemical composition of the material on storage/release of molecules and on separation of mixtures. The fundamental information that I am planning to obtain from this study will provide the underlying knowledge from a molecular point of view that may guide to the development of more efficient processes, to fine-tune materials for a particular application and also to steer the experimental effort in successful directions.

&nbspSyngas is traditionally used in industry for production of fuels in the kerosene, gasoline and diesel range via Fischer-Tropsch, for the manufacture of bulk chemicals like ammonia, methanol and dimethyl ether and for synthesis of a whole array of fine chemicals. The hydrogen /carbon monoxide ratio of the syngas is an important design variable to maximize production of these compounds. Therefore, the search of effective processes that enable said ratio adjustment as well as individual compound purification is an essential and ongoing effort for industry. The Proof of Concept that we propose is the development of a zeolite-based separation process to obtain carbon dioxide-neutral fuels and chemicals. The process that we plan to design is based on gas uptake and release, combining separation efficiency with low separation costs. Our approach consists of three main steps: identification of the optimal zeolite structure; validation with experiments and initiation of commercialization by developing a Business Case. For the technical testing, we will use the research knowledge developed within the ERC-RASPA project, and the resulting process will be validated for the separation of carbon dioxide, carbon monoxide and oxygen resulting from plasma-assisted dissociation of the former gas into the others. The competitive analysis, business case and commercialization will be performed with the Company Traxxys Innovation and Sustainability as a partner. End user companies and equipment manufacturers such as Bronswerk (NL) and Hidralia (Sp) have expressed their interest in the idea.

&nbspERC-STG-MitoSigAge: Mitochondrial crosstalk signalling in the regulation of ageing

&nbspMitochondrial defects are associated with aging and age-related pathology, but the molecular mechanisms regulating mitochondrial function during ageing are poorly understood. The most relevant genetic pathway regulating ageing is the insulin/IGF-1 signalling (IIS) pathway. The mitochondrial prohibitin (PHB) complex influences cellular metabolism and mitochondrial biogenesis, affecting ageing in opposite ways in wild-type animals and IIS-defective C. elegans mutants. The aim of the proposed research programme is to shed light on the intricate communication between mitochondria and cell-signalling networks in the regulation of ageing. Our specific objectives are: 1-Elucidate the cellular signalling pathways involved in the metabolic responses to mitochondrial dysfunction upon PHB depletion in wild type animals and IIS-defective mutants, using genome-wide RNAi screens, 2-Conduct a comprehensive metabolic profiling of wild type and IIS mutants in the presence and absence of prohibitins and 3-Identify genetic suppressors of prohibitins by performing forward genetic suppressor screens. As an ultimate goal, genes discovered in C. elegans will be tested in vertebrate assays for a conserved role in ageing. We will implement an interdisciplinary approach that combines the genetic power of C. elegans with state-of-the-art metabolomic approaches as well as automated sorting and optical imaging technologies to monitor fat content and mitochondrial biogenesis, in a genome-wide scale, in vivo. The fine-tuning of cellular metabolism, by integration of diverse signalling inputs is the molecular basis of longevity. This project represents a truly integrative and innovative approach to identify cellular signalling pathways involved in mediating lifespan-extending metabolism adjustments, and what these metabolic adjustments entail. These studies will provide fundamental insights to understand the ageing process and to combat ageing-related diseases.

&nbspFertility decline is the largest contributor to population ageing in the world today, and infertility negatively impacts on the mental a social wellness of the population affected. One of the causes of birth rate tumbling is the trend of later motherhood in modern societies and the infertility associated to diabetes and polycystic ovary syndrome (PCOS). PCOS is the leading cause for ovulatory infertility, being the most common endocrine and metabolic disorder, affecting women in reproductive age. Women suffering from diabetes frequently suffer from infertility and PCOS, while two-thirds of adult women with PCOS suffer from insulin resistance and hyperinsulinemia. The ERC-StG MitoSigAge funds research directed to understand the process of ageing with a focus on insulin/IGF-1 signalling (IIS) and its interaction with mitochondrial metabolism. PCOS blocks oocyte maturation and ovulation, suggesting a tight link between mitochondrial energy metabolism and oocyte development mediated by IIS. One of the applications emanating from this research lies in the identification of molecular targets to combat diabetes-associated sterility. The objective of the ERC-PoC is four-fold: First, identify evolutionarily conserved molecular targets that, when inactivated, suppress sterility associated to defective IIS. Second, identify existing drugs for the identified targets and ascertain which compounds have the best therapeutic potential. Third, perform the necessary patenting of the compounds for this new application and the initial steps towards the valorisation of the identified products and their commercial potential. Fourth, market studies to evaluate the commercial potential of our technology. These steps will bridge a scientific idea from basic research to therapeutic applications. If successful, it will provide important societal and economical benefits, helping combating the downsides associated to our modern ageing society.

&nbspERC-COG-ArtEmpire: An ARTery of EMPIRE. Conquest, Commerce, Crisis, Culture and the Panamanian Junction (1513-1671)

&nbspEuropean incursions onto the narrow isthmian pass that divided and connected the Atlantic and Pacific oceans made it a strategic node of the Spanish Empire and a crucial site for early modern globalization. On the front lines of the convergence of four continents, Old Panama offers an unusual opportunity for examining the diverse, often asymmetrical impacts of cultural and commercial contacts. The role of Italian, Portuguese, British, Dutch, and French interests in the area, as well as an influx of African slaves and Asian merchandise, have left a unique material legacy that requires an integrated, interdisciplinary approach to its varied sources. Bones, teeth and artifacts on this artery of Empire offer the possibility of new insights into the cultural and biological impact of early globalization. They also invite an interdisciplinary approach to different groups’ tactics for survival, including possible dietary changes, and the pursuit of profit. Such strategies may have led the diverse peoples inhabiting this junction, from indigenous allies to African and Asian bandits to European corsairs, to develop and to favor local production and Pacific trade networks at the expense of commerce with the metropolis. This project applies historical, archaeological and archaeometric methodologies to evidence of encounters between peoples and goods from Europe, America, Africa and Asia that took place on the Isthmus of Panama during the sixteenth and seventeenth centuries. Forging an interdisciplinary approach to early globalization, it challenges both Euro-centric and Hispano-phobic interpretations of the impact of the conquest of America, traditionally seen as a demographic catastrophe that reached its nadir in the so-called seventeenth-century crisis. Rather than applying quantitative methods to incomplete source material, researchers will adopt a contextualized, inter-disciplinary, qualitative approach to diverse agents involved in cultural and commercial exchange.

&nbspIn the last decade the approaches of the global history have been emphasized in order to visualize the progress, form and method which historians have undertaken when carrying out ambitious research projects to analyse and compare diverse geographical and cultural areas of Asia and Europe. But when dealing with comparisons and cross-cultural studies in Europe and Asia, some scholarly works have exceeded of ambiguities when defining geographical units as well as chronology. In this project I examine perceptions and dialogues between China and Europe by analysing strategic geopolitical sites which fostered commerce, consumption and socioeconomic networks between China and Europe through a particular case study: Macau, connecting with South China, and Marseille in Mediterranean Europe. How did foreign merchant networks and trans-national communities of Macau and Marseille operate during the eighteenth century and contribute to somehow transfer respectively European and Chinese socio-cultural habits and forms in local population? What was the degree and channels of consumption of European goods in China and Chinese goods in Europe? These are the main questions to answer during my research to explore the bilateral Sino-European trade relations and how the trans-national dimension of exotic commodities changed tastes by creating a new type of global consumerism. Such concrete comparison can help to narrow the gap that some researchers have created when widely analysing differences between Asia and Europe without a specific geographical and chronological delineation. The major novelty of this project is based on the use of Chinese and European sources to study changes in consumer behaviour. The principal investigator of the project works in China which is and added value for the achievement of outstanding results. So the expected results will bring an obvious breakthrough by adding the specific part of the project in which each team member will work. 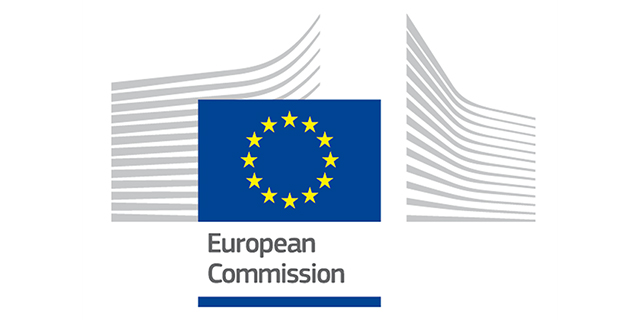