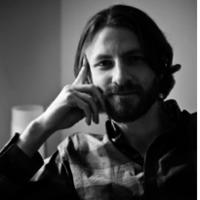 Tristan Taylor completed a degree in Law at the University of Tasmania in 2000, with a dissertation with honors about quota management in Australian fisheries. Later, he completed a MA in Roman law at the same institution, and, lastly, he earned his Ph.D. in Classical Philology at the University of Yale in 2010. He has taught Law, Roman Law, and Criminal Law courses, and also about Classical studies, including Latin, Ancient Greek, and Ancient History courses. He was a guest researcher in Genocide Studies, the Study Program on Genocide Studies of the University of Yale (2013-2014), and was awarded a University of New England Association Grant for his work on genocide comparative studies in the Roman world. Furthermore, he has worked in the field of fishery, maritime, indigenous, natural resources, and environmental rights legislation through consultancies and the Commonwealth National Oceanic and Atmospheric Administration. His main areas of research are Roman law and society, comparative genocide studies, and Roman empire ideology.