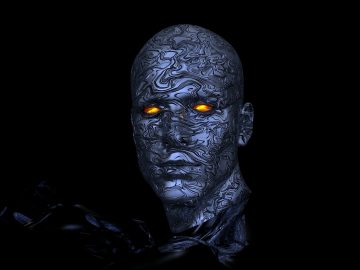 Manuel Ricardo Torres Soriano, professor from the Politic Sciences, Public Law and Administration Department at the Pablo de Olavide University, and who manages the shipping of the certificates of specialisation on Jihadist Terrorism Analysis, Insurgent Forces and Radical Movements, has published the article Five terrorist dystopias together with the University of Barcelona’s professor Mario Toboso Buezo. The article aims to answer the next question: “which will be the main cause that will motivate terrorism by the year 2040? Investigators point out at technophobia as main cause for terrorism in the future.

The study has been published in the scientific magazine The International Journal of Intelligence, Security and Public Affairs, and sets out a methodology based on the analysis of scenarios through the narrative description of five possibilities which have been sketched taking into account the interaction of five trends, which are: the technologic advances on biomedicine, the emergence of new ideologies, the climate change, the structural unemployment caused by future complete automation and the constant growth of the cities.

“Throughout the five scenarios developed in this investigation one can clearly perceive the possible emergence of new causes of dissatisfaction, old and new ideologies that will legitimate the action of terrorism, new tools to make possible the existence of organizations that will operate clandestinely and political structures that will make more attractive these kind of radical tactics”, explains Manuel Ricardo Torres Soriano. He is also a member of the Advisory Group on Terrorist Propaganda from the European Counter Terrorism Centre (ECTC), which belongs to EUROPOL.

The sketch of these future scenarios is based on an exhausting bibliographic revision of the main contexts pointed out by Institutions such as International Intelligence Agencies or Educational Institutions like Universities. Besides that, long term studies that contemplate the impact of technology in 20 years’ time have been specially taken into account.

Among the main conclusions of this study highlights the importance that technophobia could get in future societies. “Technophobia’s transversal nature make it possible for it to be a great mobilizing force in the five raised scenarios, being potentially adopted by all and every class from the future societies regardless of ethnicity, beliefs, political culture or material development level, Torres Soriano explains. Besides, according to the investigator, the difficulty of appointing the “hand that rocks the cradle” will make it even easier for this violence to occur: “The current terrorist groups and the upcoming ones will adapt to their respective agendas, potentially having new priorities such as the total reject of the technological society, and targeting against whatever the objective and collective they think should be erased. This will make it possible for new synergies which are unthinkable today to appear, such as jihadists, anarchists, anti-capitalists, extreme Christians, animalists, etc., all of them alienated in their blind fight against an unclear enemy.

The article Five terrorist dystopias is based in the classification made in 2001 by David Rapoport which divides History in “outbreaks” or periods of terrorism that last approximately 40 years. Researchers add technophobia outbreak to Rapoport’s traditional classification which includes: the nihilist anarchist outbreak (late 19th century till WWI), the anticolonial outbreak (finished by the 60’s), the extreme left outbreak (finished by mid-90’s) and the last and religious outbreak which we are currently experiencing.

As explained by investigators in the beginning of the article, research on terrorism taking place in futuristic scenarios is not common, since prediction is one of the most complicated fields for academicians to explore. However, its introduction also points out that more prospective research is needed in order to foresee and fight against the problem that terrorism entails.