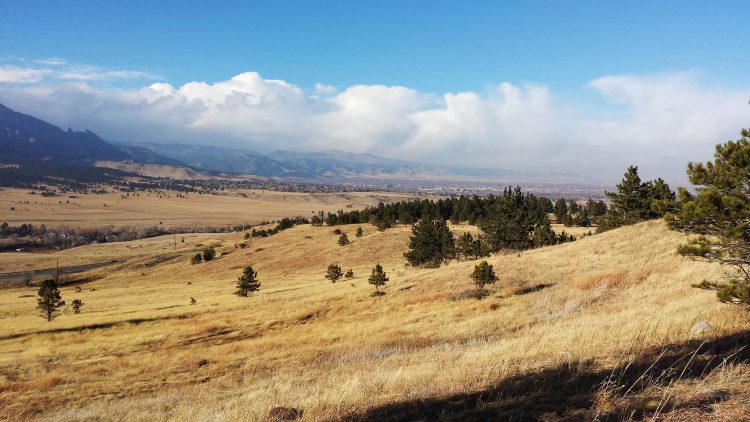 A study published in the prestigious journal Nature Ecology and Evolution and led by researchers from the Laboratoy of Biodiversity and Ecosystem Functioning at Universidad Pablo de Olavide (UPO) provides novel evidence that multiple elements of soil biodiversity are fundamental for maintaining the functioning of terrestrial ecosystems across global biomes.

A gram of soil contains thousands of species and millions of individual of bacteria, fungi, protists and invertebrates. These soil organisms play a critical role in controlling a myriad of ecosystem functions, which are essential to maintain sustainable ecosystems, and human wellbeing. This new study provides observational and experimental evidence that the biodiversity of multiple groups of soil organisms is essential to maintain the functioning of terrestrial ecosystems across global biomes. These ecosystem functions include climatic regulation, soil fertility, plant production, waste decomposition, and a low load of pathogens and antibiotic resistance genes. This study highlights the necessity of maintaining the biodiversity of contrasting groups of soil organisms, from bacteria to earthworms, and of those highly functional and connected soil species within the soil food web.

This study was conducted within the framework of the CLIMIFUN project from the European Commission, conducted by Manuel Delgado-Baquerizo, a Ramon y Cajal fellow from the UPO, who leads the Biodiversity and Ecosystem Functioning Lab. “Soil organisms such as earthworms, protists and nematodes might not be as good-looking as birds, mammals and plants, however, life on Earth would simply not be possible without them,” says Delgado-Baquerizo, main author of the paper.  He adds that “Here, we provide evidence that soil biodiversity is fundamental to maintain multiple aspects of ecosystem functioning, and highlight the necessity for management programs and conservational policies such as those which have existed for plants and animals for decades.”

To address this important conclusion, researchers from nine countries and more than twenty institutions conducted a field survey in terrestrial ecosystems across global biomes, from deserts and polar environments to temperate and tropical forests. They also conducted lab experiments to support their findings. Laura García-Velázquez, PhD student at the UPO and co-author of the paper points out that “To date, studies on soil biodiversity had focused on specific regions on Earth, however, we were still lacking cross-biome studies and experimental evidence to support a link between soil biodiversity and ecosystem functions.” This study also provides evidence that the role of plant diversity in driving ecosystem functions is likely to be indirectly driven by soil biodiversity. “Soil organisms, from earthworms to bacteria, break down the litter and organic matter coming from both plants and animals, releasing nutrients which are used by plants to grow and produce food, supporting healthy and productive terrestrial ecosystems”, said Antonio Gallardo, professor at the UPO.

This work contributes to our knowledge on the role of soil organisms in terrestrial environments, which is one of the main goals of the Biodiversity and Ecosystem Functioning Lab at UPO. Recently, Delgado-Baquerizo was also involved in the first study aiming to identify the major environmental factors controlling the global distribution of protists, as well as their contribution to terrestrial ecosystems, which was published in the prestigious journal Science Advances (https://advances.sciencemag.org/content/6/4/eaax8787).