Lecturer at the School of Public International Law and International Relations at the Universidad Pablo de Olavide, Jonathan Pass presents his theory on world hegemony with a Neo neo-gramscian focus, with which he analyses the complex interaction of the internal and external social forces responsible for the evolution of US hegemony, paying special attention to the new role of China within the international sphere. The research conclusions have been issued by the publisher Routledge (New York) in his book “American Hegemony in the 21st Century: a Neo Neo-Gramscian Perspective”.

“For now, I would say that it is still too soon to talk about the end of American hegemony: global structural changes occur slowly and often in contradictory forms”, Dr. Pass affirms, citing as an example how, after the 2008 financial crisis, investors fled to the dollar and US Treasury bonds. “Until China carries out the complete internationalisation of the renminbi, current account liberalization, and opens up its internal market to foreign investors – measures with potentially important domestic political repercussions – it is likely that the United States will continue to enjoy this privileged position”, he adds.

One of work’s principal merits is the elaboration of a novel theoretical framework, which has also been published in the article “Gramsci Meets Emergent Materialism: Towards a Neo Neo-Gramscian Perspective on World Order” in the journal Review of International Studies (Cambridge University Press). The author carries out a critique of the neo-Gramscian perspective, offering a sophisticated, explicitly materialist, theory on world hegemony rooted in critical realism. “In international relations”, he explains, “there is a tendency to conceptualise hegemony as being synonymous with either ‘domination’ (based on coercion) or ‘intellectual and moral leadership’ (a consensual and intersubjective relationship), when in reality both elements are always present”.

With regards its main theme, ‘American Hegemony in the 21st Century: a Neo neo-Gramscian Perspective’ focuses on American hegemony, exploring the origins and construction process of this ‘leadership’, in addition to its shifts and transformations during periods of crisis. Jonathan Pass emphasizes that the causes of American hegemony’s present crisis can be found in the internal contradictions of the neoliberal/financialization accumulation regime and the conservative revolution that United States ‘exported’ from the mid-1970s onwards. Nevertheless, and although its hegemony might be weakening, the author makes clear that the US still maintains its dominance in key economic sectors (e.g. finance, IT and retail) and industries (e.g. aerospace, pharmaceuticals and arms). Likewise, he stresses that both cultural and military hegemony are in good health: “For now, nobody questions US supremacy in the audiovisual sector, advertising/marketing and the arts. Nobody doubts it boasts the most influential media, social networks and elite universities in the world, or that its military forces far exceed any rival with regards the sophistication and might of its weaponry and global power projection”.

Pass maintains that we are living through what Gramsci called ‘interregnum’: a crisis created when the old order is dying but the new one has yet to be born. “When the capitalist system enters a crisis, it is usually those ‘at the bottom’ who end up paying the consequences. Unsurprisingly the lower classes seek solutions outside the ‘mainstream’. Given the weakness of the Left, predictably it is right-wing popularism such as that of Trump, UKIP or Vox, that end up attracting followers”, he asserts.

In the book, the researcher describes the rise of China as an “historical event” producing a restructuring of the global capitalist system and affecting power relations both between and within states. To evaluate China’s ‘world hegemon’ potential, the author dedicates chapter 5 to analysing its evolution over the last 40 years. “It has been undergoing what Gramsci termed a ‘passive revolution’: a socio-economic transformation directed from above. During almost all this time it has remained faithful to Deng Xiaoping’s maxim ‘hide our capabilities and bide our time’ with respects to the world order”, Dr. Pass claims, adding that things started to change for China following the 2008 financial crisis, which made it clear just how unsustainable its economic growth model and neoliberal/financialization accumulation regime were. “Since then, Beijing has been much more proactive in the global economy, supporting the international expansion of its corporations, setting up its own multilateral institutions, away from of the Bretton Woods ‘trio’, and launching its own particular Marshall Plan across Eurasia (Belt and Road Initiative). Said measures, needless to say, have not gone down well with Washington”, he holds.

Finally, one of the key arguments of the book is that world hegemony depends upon the ‘internationalization’ of the social forces emergent from the dynamics of its national class system. The author explains that the big challenge for Xi Jinping is how to reconcile the official, nominally communist, political regime with the socio-economic reality: a ferociously capitalist country with exorbitant levels of economic and regional inequality. Concerning the outlook for the coming years, Pass errs on the side of caution: “It’s difficult to make predictions about the future. One has to remember that hegemony is not a ‘state’, but rather a ‘process’. Historically, hegemonic transitions are long, complex and bellicose. Much will depend on how the huge contradictions inside China play out, especially the dynamic of its ‘passive revolution’. 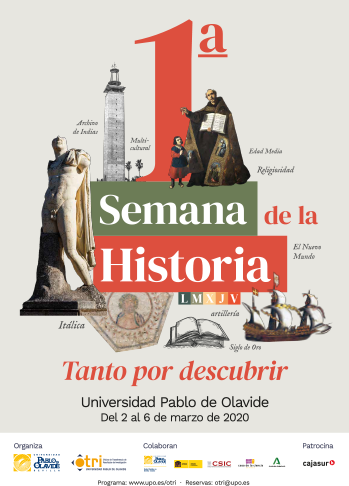